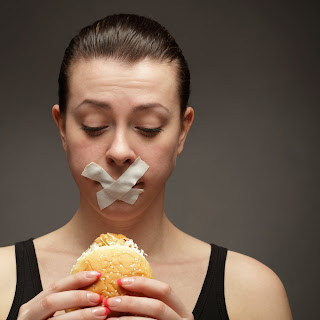 Why You Should Eat More Potatoes

In recent years, the white potato has gotten a bad rap. There are plenty of reasons why, some more valid than others... they've got the high glycemic index, the white color that people tend to associate with "bad" foods, the fact that people are generally down on carbs these days. But I've gotta tell ya... it just doesn't deserve the bad press, the potato is an incredibly healthy food! And here's why.

The glycemic index of potatoes is misleading.The glycemic index is a measure of how quickly a carbohydrate food is digested and how much it subsequently raises your blood sugar. According to the theory, high glycemic foods increase blood sugar more than other foods, hence increasing insulin and leading to a blood sugar crash soon after. But there are a few problems in there.

First, the "glycemic score" is based on a 50 gram carbohydrate serving. But what it neglects, however, is how likely we are to actually consume a given food at that level. To get 50 gram of carbohydrate from potatoes, you'd need 253 grams of the stuff, or for the Americans, more than 1/2 pound. That's a hefty potato... probably bigger than you're willing to eat (unless of course you add bacon and cheese, but that's another story entirely). For another high glycemic carb, like white bread, you only need 100 grams of the stuff to get 50 carbs. And to go even further, you'd only need a 16 fl oz serving of soda for that many carbs, or a 1/2 cup of vanilla ice cream, or less than 2 ounces of cotton candy. What I'm getting at, is that the amount of carbohydrates matters too. And the fact is, we're not going to eat nearly the quantity in potatoes that we would of another high glycemic food.

Get Up and Move: The Perils of Sitting 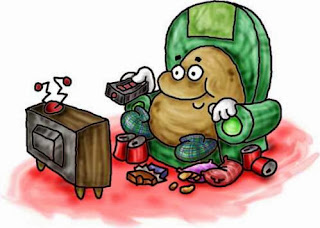 When I first heard that sitting too much was associated with chronic disease, I was extremely skeptical. Of course it is, I thought... people who sit more exercise less, they lose cardiovascular fitness, and they burn fewer calories throughout the day, setting themselves up to gain weight. It's not that sitting too much directly promotes disease, I thought; it must be all that goes along with it. It's the lack of exercise and the weight gain that's the real problem.

Welp, I was wrong (1). Turns out, we now know of specific molecular processes that take place when we sit, and they're distinct from intentional exercise. In fact, even if you get the "recommended" amount exercise, 30 minutes a day, you can completely undo those metabolic benefits by spending the rest of your day sedentary in a chair. Sitting continuously sets off a series of unwanted cellular mechanisms that immediately reduce your HDL and increase your triglycerides, two common risk factors for cardiovascular disease. Over the long term, we put ourselves at high risk for chronic disease, and that includes heart disease, high blood pressure, diabetes, and obesity. 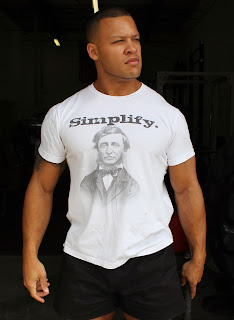 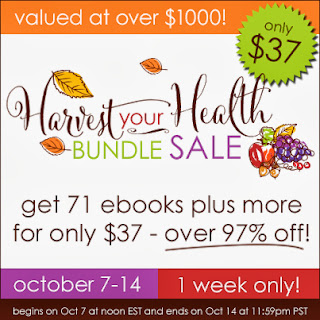 It's that time again folks! Another amazing bundle of eBooks for an unreal price tag. You may remember last winter's sale of 37 books for $37??? Something like that. Well, this one blows that out of the water. For the next 7 days, you'll be able to get 71 eBooks!!!!!??!!!?! for just $37. This is legitimately the best deal I've ever been a part of, and I hope you take full advantage of it.

Here's what you get!!:
71 eBooks of various health-related topics...

Email ThisBlogThis!Share to TwitterShare to FacebookShare to Pinterest
Labels: news

Check out our new Cooking With Gram video, the Post-Workout Superfood Smoothie! It's a great way to kick start your recovery after a tough workout!

I'd like to share a story with you. The other day in one of my classes, we were discussing the history of vitamin D. My professor told us a fascinating story about the early research on vitamin D and rickets, the bone disease children get as a result of a deficiency. This particular researcher, Leonard Findlay, had performed experiments with dogs, and he was convinced that rickets could be cured simply by exercising. In 1908, he published a paper detailing his experiments: "The Etiology of Rickets: A Clinical and Experimental Study".

What Findlay did, essentially, was induce rickets in dogs by keeping them sedentary. He would keep them locked up indoors in cages, providing them food of course, until they would develop symptoms of rickets. Then, as an experimental treatment, he would take some of the dogs outside and let them run around. Allowing the dogs to run around outside cured their rickets, and so Findlay assumed that exercise was the reason why.